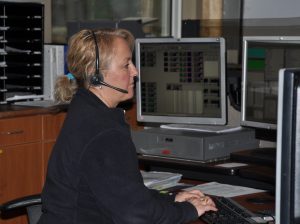 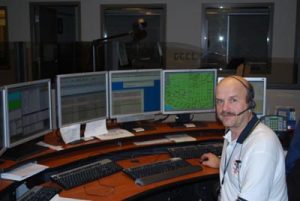 Through state of the art computer aided dispatching, radio and telephone equipment, emergency calls are answered and dispatched in accordance with the Response Time Standards; less than two minutes 80 percent of the time on CTAS 1 and Sudden Cardiac Arrest calls and less than two minutes 75 percent of the time on CTAS 2 calls. As well, Ambulance Communications Officers provide pre-arrival instructions that include first aid as well as telephone CPR and choking protocols. Annually, in excess of 36,000 calls for assistance are received on 911 lines, dedicated emergency lines as well as administrative and hospital lines. The Ambulance Communications Officers coordinate the scheduling and movement of Ambulances for emergencies as well as local and long distance non-emergency patient transfers on the Provincial Fleet Net radio system. With the assistance of the Ornge Communications Centre, emergency calls and non-emergency long distance patient transfers are coordinated with both rotary and fixed wing air ambulance resources. The centre has an in house Quality Assurance program (PCSQAP) which ensures that calls are constantly reviewed to maintain a high quality of service mandated by the Ministry of Health and Long Term Care.

The North Bay Central Ambulance Communications Centre is committed to ensuring a high level of communications services are provided to both the citizens of Ontario and the ambulance services at all times.

Regular staff training and upgrades to our communications and CAD equipment ensure the continued provision of excellent service. 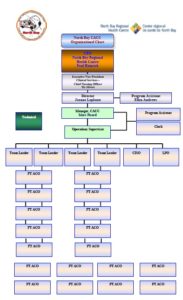